It seems to have become a trend to make men believe that women don’t grow a bush over their vagina. It’s a fact and you better start dealing with it, guys I am talking to you.

Women have been criticized for having body hair since the beginning of time. Having pubic hair is considered disgraceful for females and it has descended so much into the mindset that now, the trimming is being upgraded to being shape-trim.

Yeah, the pubic hair is being trimmed into shapes.

I… forgot what I was talking about…

Yeah, DON’T DO THAT!

You don’t need to adhere to regular shaving or waxing down there to keep your Cho-cha healthy. In fact, complete removal or extraction of hair from the root is very painful and that too from such a sensitive area is dangerous.

So, here are five things that will happen if you don’t shave your grass down there. 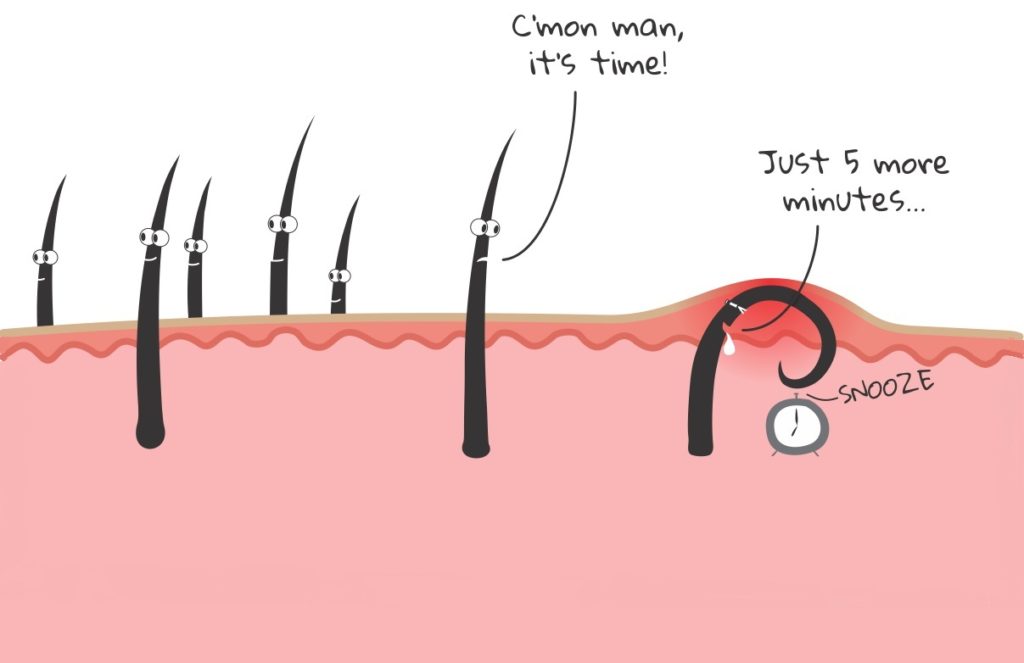 If you’re not living under a rock and you have shaved or even if you’ve waxed, you are not unknown to the term called ingrown hairs.
“When you pull out a hair it can recoil and start to grow downward instead of up,” explains Jeannette Graf, MD, assistant clinical professor of dermatology at the Icahn School of Medicine at Mount Sinai in New York City. “That can lead to inflammation, redness, itching, and sometimes even cysts.” She added.
Properly exfoliating the area during the shower can significantly help in keeping the ingrown hair away, but it’s not wrong to admit that ditching your hair removal routine, be it waxing or shaving, all together can ensure that they are a thing of the past.

It defies the accepted myth that having pubic hair exponentially reduces your sex appeal. Although the matter of preference is between you and your partner, many women confess that it is an open truth about their partner’s sweat which turns them on.
The perfumeries have been using this to their absolute interest and have gone to use the human sweat notes in certain perfumes.
What we need to realize is that our pubic hair helps you sweat down there and it has been supported scientifically that when the sweat is produced, it consists of these coquettish pheromones which are…. sexually exciting to say the least.

Let’s revisit the myth of getting thicker hair after shaving and add the fact of sensitive skin around the vagina, what you get is a revision of another myth.
“When you allow hair to grow in, it may initially appear to be thicker. That’s because shaving cuts hair at a blunt angle and exposes the cross-section of the shaft, creating a temporary illusion,” says Joshua Zeichner, MD, director of cosmetic and clinical research in dermatology at Mount Sinai Hospital in New York City. After a week or two in, you’re likely to see that your hair isn’t any thicker than before.
But, where on one hand, this defies the myth, it certainly establishes that the feeling of thick hair is dangerous down there and shaving creates bumps and rough edges at the worst place possible. Ouch!

As I mentioned above, having rough edges of hair exposed against the skin down there is risky and can cause serious inflammation and even infection inside the root or the bruise. You’re not unaware of how a grooming session leaves you with itchy, dry skin?
It’s not surprising—it’s your body’s natural reaction.
“We have pubic hair for a reason,” says Larry Shapiro, DO, a dermatologist in Delray Beach, Florida. “It protects us from rubbing and irritation and holds on to oils that help moisturize the skin. When you’re not removing hair, the skin will be softer, more supple, and less inflamed.”
While you shave the hair off, you remove the moisture of the skin as well and dry or flaky skin down there can be risky.
Your princess’ parts need a little extra care after you’ve shaved because the regrowing hair will penetrate the skin sheath that has formed over it. 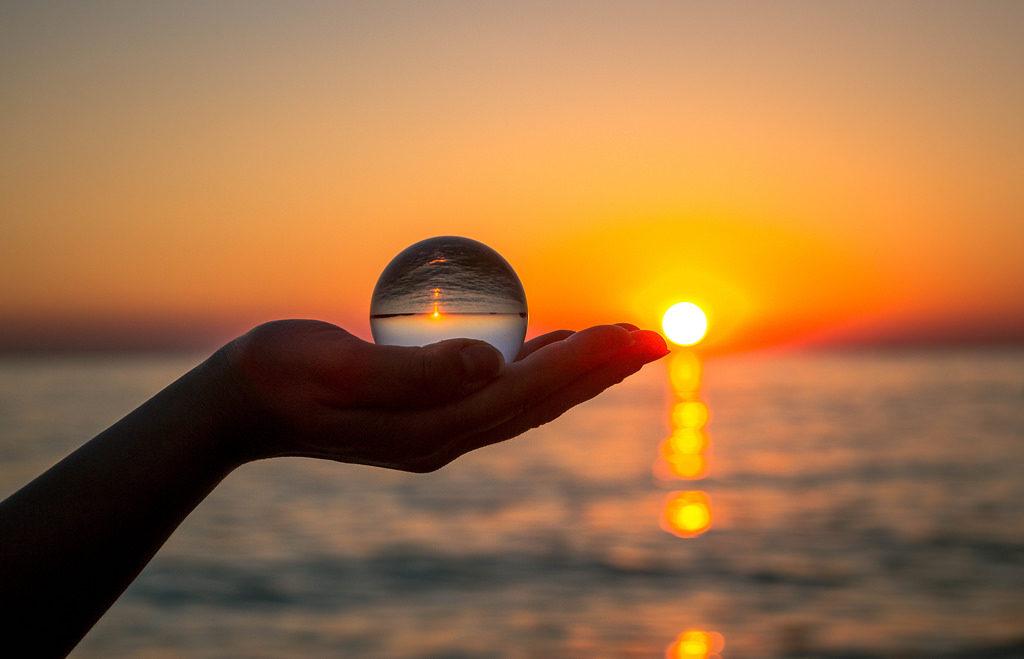 The primary and the evolutionary purpose served by the hair on any part of the body is of protection.
The hair down under protects you from various kinds of possible bacterial and viral infections because your genitals are always moist and have a little higher temperature due to being covered. This kind of atmosphere can become a breeding ground for germs and other infecting agents.
That is exactly what pubes protect us from. They form a cover and save your princess’ part from pathogenic intervention and infection. So, if you have been removing the hair off for hygienic reasons, don’t.
It just takes some water and mild soap to wash the area every time you take a bath and shave the hair enough so that they don’t interfere with your clothing.
Your pubes work as shock absorbers as well. They protect your female part when you indulge in harsh activities like cycling because it reduces the possibilities of damage down there.

So, yes. Don’t stick to your schedule. You might as well cut the cost and get a latte. 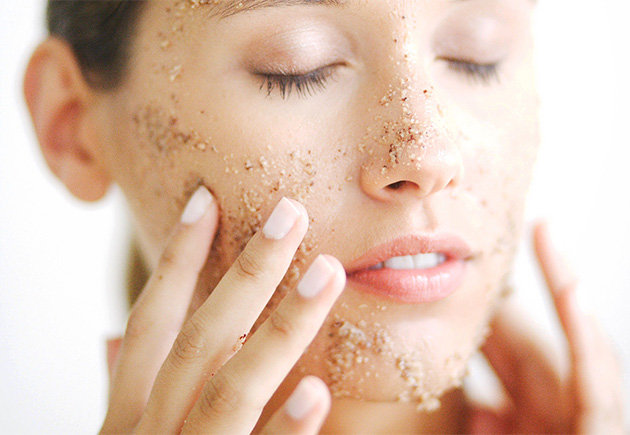 All you need to do is EXFOLIATE! 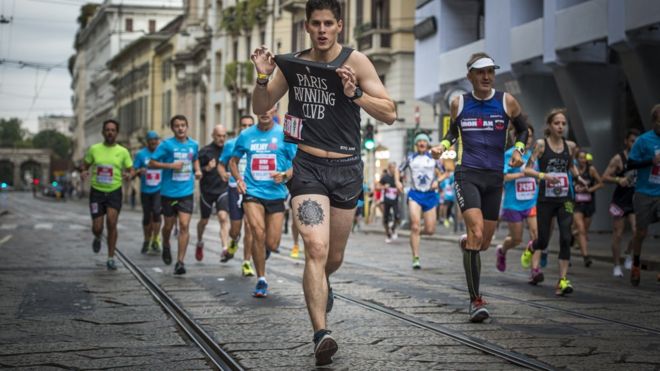 6 Steps to develop the RUNNING habit