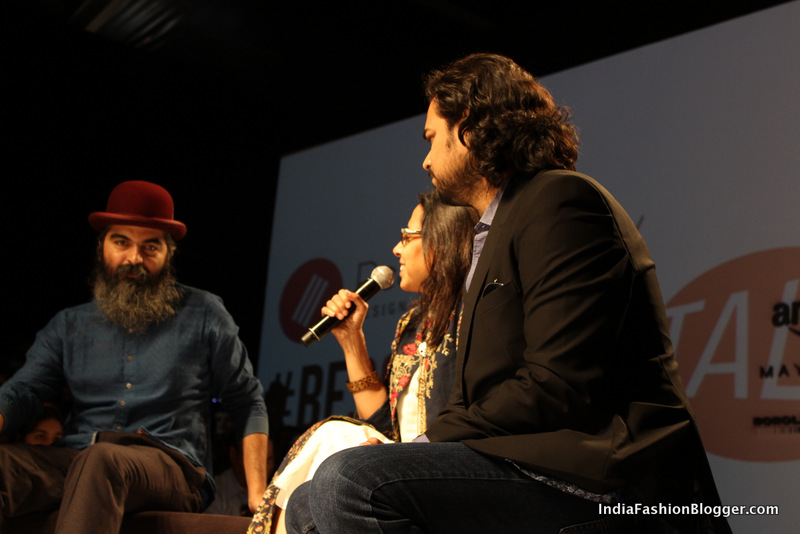 Through the changing culture of fashion in India, fashion shows are also evolving in their approach to fashion. Gone are the days when fashion shows meant just ramp walks and after parties. From innovative shows to stimulating fashion talks, the idea of having a fashion event has changed tremendously. And I feel lucky to be part of this ever evolving stimulating industry where one can indulge in debate and discussion. This season AIFW AW 2016 opened the day 2 with stimulating #BeSomebody talk in association with Pearl Academy and it was such an inspiring discussion that I decided to share it with you. 🙂

Sunil Sethi, President, FDCI, inaugurated the event by starting the discussion. His energy on the stage electrified the atmosphere and his opening words, “It’s not the destination, it’s the journey” left us so inspired and looking forward to the event. The event was graced by the 3 jewel of the designers, all coming from the different background and had a different story to tell. In those two hours Anju Modi, Rahul Mishra and Suket Dhir took us back in time by telling their life stories and left us hopeful for the future by sharing their life mantra. 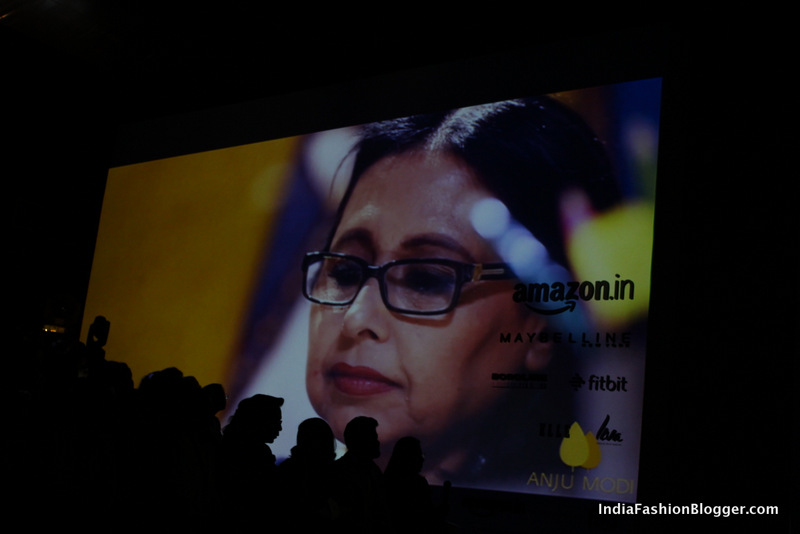 Anju Modi was the first speaker there and the lady doesn’t need an introduction, but in case you don’t know, she is behind the lovely gorgeous outfits that Deepika Padukone wore in Bajirao Mastani and even won a filmfare award for best costume designer 2016 for the same. She shared with us how she was inspired by heritage textile and how it reflects in all of her work. She started her journey as a designer in 1990 and since then it’s no looking back. To quote her one should “learn something new always and follow your heart”. She also shared with us she is inspired by Kutch and its evident in all her creations. The designer’s life mantra is pretty simple, in her words it is “to try something and carry on experimenting”. 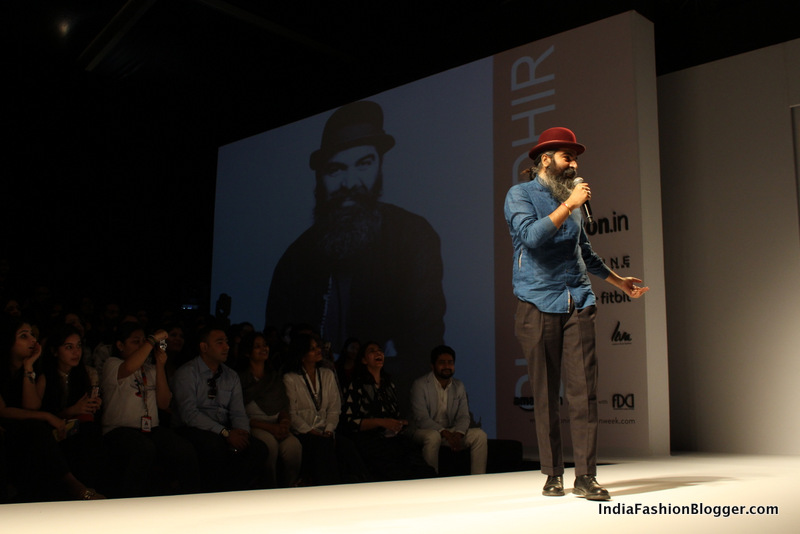 After Anju Modi, designer Suket Dhir, took over the discussion. Suket Dhir hails from a small town in Punjab and mockingly he told us his performance in education till he completed his B.com was sort of disaster. He says “it takes time” to reach where you are today, “and in my case it took 7 years”. Through his years in NIFT he tried many things, got jobs, left jobs and finally launched his label in 2010. To quote him, “Be very smart in what you choose to do. Have self-belief. You need to figure out things on your own.”  On asking about his life mantra, he said, “Your life experiences make you successful. Keep dreaming big, that’s the only one”. 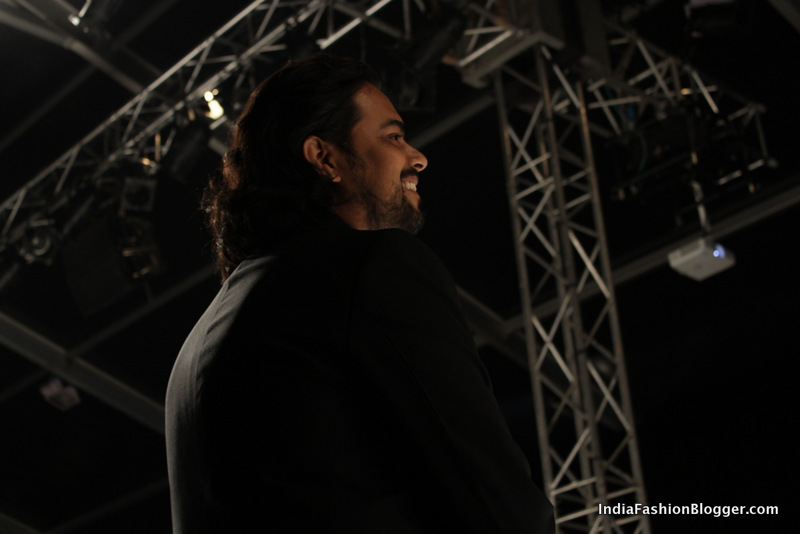 Inspired much? 😀 There’s more! The last speaker on the panel was designer Rahul Mishra, who is also the first designer to have won the prestigious woolmark prize at Milan Fashion Week. He took discussion to a new level by saying, “Don’t be somebody, be yourself”.  The designer hails from UP and in his childhood days was crazy for Apple products and Mac-books. He studied fashion in NID and about fashion he says “When you want to learn fashion, you have to absorb everything around you”. His inspiring words are still fresh in my ears. He ended the session saying “This is not about talent, its all about persistence. It’s not about the ability, it’s about the right attitude”.

The enriching session ended with questions from the audience which mainly included students, bloggers, fashion enthusiasts and people from media. I feel so inspired after attending this session, Tell me in the comment below how do you feel about it and also stay tuned for the fashion week madness. 😀 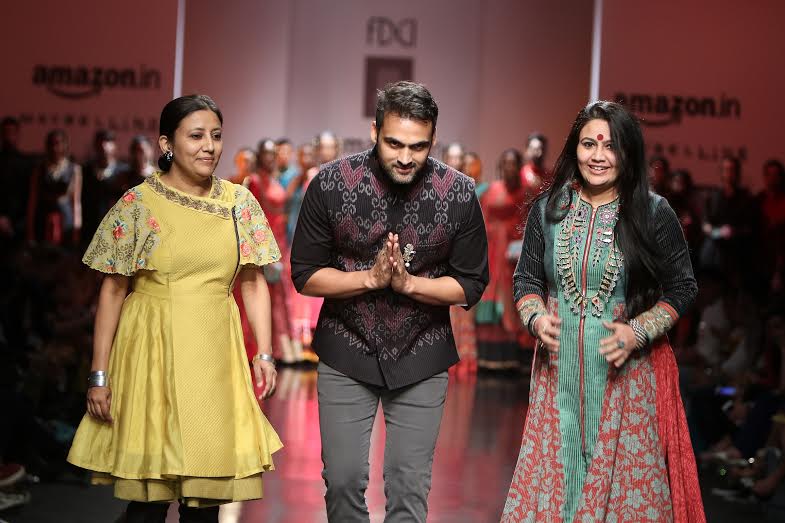 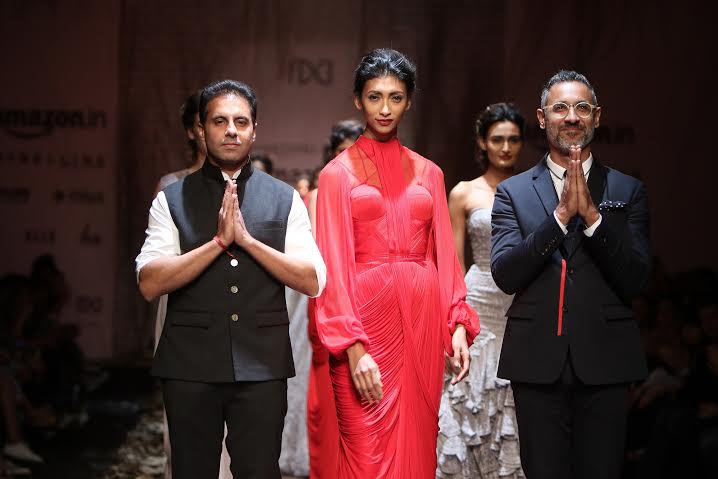